There are two things we can say. Many feel Bellow is the best novelist of his generation, or at the very least, the best stylist. Herzog is not one of his best novels. It is, however, irritatingly ... Read full review

A fiction writer, essayist, playwright, lecturer, and memoirist, Saul Bellow was born in Lachine, Quebec, in 1915, and was raised in Chicago. He received his Bachelor's degree from Northwestern University in 1937 and did graduate work at the University of Wisconsin before serving in the Marines during World War II. Later, during the 1967 Arab-Israeli conflict, Bellow served as a war correspondent for Newsday. Throughout his long and productive career, he contributed fiction to several magazines and quarterlies, including The New Yorker, Partisan Review, Playboy, and Esquire, as well as criticism to The New York Times Book Review, The New Republic, The New Leader, and others. Universally recognized as one of the greatest authors of the twentieth century, Bellow has won more honors than almost any other American writer. Among these, he received the Pulitzer Prize for his novel Humboldt's Gift and the B’nai B’rith Jewish Heritage Award for “excellence in Jewish literature.” He was the first American to win the International Literary Prize, and remains the only novelist in history to have received three National Book awards, for The Adventures of Augie March, Herzog, and Mr. Sammler's Planet. In 1976, Bellow was awarded the Nobel Prize in Literature “for the human understanding and subtle analysis of contemporary culture that are combined in his work.” Saul Bellow died in 2005 at age 89. 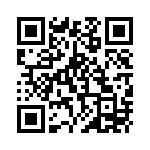