Carl Emil Schorske was born in the Bronx, New York on March 15, 1915. He received a bachelor's degree from Columbia University and a master's degree from Harvard University before serving in the Office of Strategic Services during World War II. After the war, he returned to Harvard for his Ph.D. He taught at several universities including the University of California, Berkeley, Princeton University, and Wesleyan University. In 1966, he was one of 10 "great teachers" pictured on the cover of Time magazine. He wrote several books during his lifetime including Fin-de-Sičcle Vienna: Politics and Culture, German Social Democracy, 1905-1917, and Thinking with History: Explorations in the Passage to Modernism. In 1981, he received the Pulitzer Prize for general nonfiction and was among the first class of recipients of a MacArthur fellowship, the so-called genius award. He died on September 13, 2015 at the age of 100. 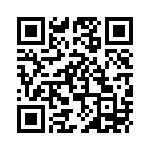