In a nutshell, Alinsky believes the end justifies the means. Not only that, but he believes one is acting irresponsibly if one does not use whatever means necessary to achieve what might be a greater ... Read full review

Not quite the "evil blueprint for the totalitarian takeover of America" that many on the right say it is. It is full of logical steps of how to organize the have-nots against the haves. Noting for the haves to win, they must gain support of the have-some and the have-more middle class. Read full review

SAUL ALINSKY was born in Chicago in 1909 and educated first in the streets of that city and then in its university. Graduate work at the University of Chicago in criminology introduced him to the Capone gang, and later to Joliet State Prison, where he studied prison life.

He founded what is known today as the Alinsky ideology and Alinsky concepts of mass organization for power. His work in organizing the poor to fight for their rights as citizens has been internationally recognized. In the late 1930s he organized the Back of the Yards area in Chicago (the neighborhood made famous in Upton Sinclair's The Jungle). Subsequently, through the Industrial Areas Foundation which he began in 1940, Mr. Alinsky and his staff helped to organize communities not only in Chicago but throughout the country. He later turned his attentions to the middle class, creating a training institute for organizers. He died in 1972. 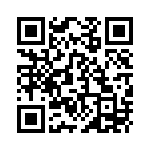