This is on my reading list now because of Zadie Smith's acknowledgments in 'On Beauty," when she called it "a book that helped me to see paintings properly for the first time."

The best book of Rembrandt I have read. Not an easy read at all but profound and his love/hate relationship with Peter Paul Reubens. Read full review 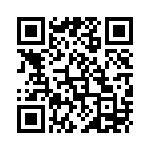