Very important reference guide. I am proud to have contributed to this essential work. Thank you, from David Moadel

Carlos E. Cortés, Ph.D., is professor of history emeritus at the University of California, Riverside. Cortés serves on the faculties of the Harvard Institutes for Higher Education, the Summer Institute for Intercultural Communication, and the Federal Executive Institute. He has lectured widely throughout the United States, Latin America, Europe, Asia, and Australia on such topics as race and ethnicity; multiculturalism; intercultural communication; diversity in the media; multicultural, global, and bilingual education; Hispanic culture; Latin American and Chicano history; and the implications of diversity for education, government, and private business. A consultant to many government agencies, school systems, universities, mass media, private businesses, and other organizations, he has written film and television documentaries, has appeared as guest host on the PBS national television series, Why in the World?, is the featured presenter on the Video Journal of Education’s 1994 training video, Diversity in the Classroom, and currently serves as Creative/Cultural Advisor for Nickelodeon’s preschool series, Dora the Explorer and Go, Diego, Go! and as Scholar-in-Residence with Univision Communications. His most recent book is his memoir, Rose Hill: An Intermarriage Before Its Time (Berkeley, CA: Heyday, 2012). He also performs his one-person autobiographical play, A Conversation With Alana: One Boy’s Multicultural Rite of Passage. 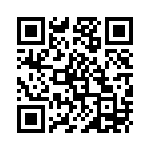