As someone who has lived in the DC area for over 20 years and who has studied this period extensively I still learned an amazing amount of this book. Winkle does a great job at evoking both the city ... Read full review

Kenneth J. Winkle, acclaimed Lincoln biographer and Civil War historian, is Thomas C. Sorensen Professor of American History at the University of Nebraska, Lincoln. The Young Eagle, his volume on Lincoln’s rise, is the standard account. 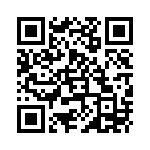