KATHERINE B. EATON was for many years professor of English at Tarrant County College in Forth Worth, Texas. She has twice been a Fulbright Lecturer in Iasi, Romania. She is the author of The Theater of Meyerhold and Brecht and the editor of Enemies of the People: The Destruction of Soviet Literary, Theater, and Film Arts in the 1930s. Dr. Eaton has also written journal and encyclopedia articles and book reviews on the subject of Soviet theater. 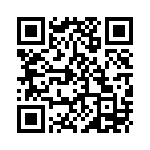