Popular books explain complex concepts in simple words. Technical books provide theoretical justification for scientific concepts. In my modest opinion, this book pretends to be a popular and a ... Read full review

A feast for any physicist, or anyone who wants to learn the depth and beauty of physics, etc. as we know it. Not dumbed down at all. Throws every subject imaginable at you. If you can understand it ... Read full review

Roger Penrose is Emeritus Rouse Ball Professor of Mathematics at the University of Oxford. He has received a number of prizes and awards, including the 1988 Wolf Prize for physics which he shared with Stephen Hawking for their joint contribution to our understanding of the universe. 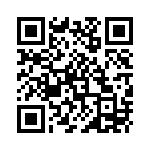