John D. Wright is a former reporter for Time magazine and has written extensively for other magazines, including People, Money, and Reader's Digest. He holds a PhD. in Communications from the University of Texas, and has taught at Emory & Henry College in Virginia, the University of South Alabama, and Colorado State University. He's been a contributor to more than 150 reference books, including The Oxford Dictionary of National Biography, and the Oxford Guide to British and American Culture. 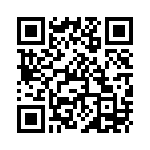