Onora O'Neill, Baroness O'Neill of Bengarve, is a former Principal of Newnham College, Cambridge. She sits as a cross-bench peer in the House of Lords and is Emeritus Honorary Professor of Philosophy at the University of Cambridge. She has published widely on Kant's philosophy and her most recent publications include Acting on Principle, 2nd edition (Cambridge, 2013). 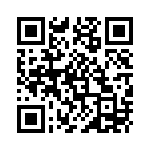