Ian Gadd is Professor of English Literature at Bath Spa University. He is a General Editor of the Cambridge Works of Jonathan Swift. 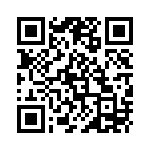