Curtis J. Jackson III (50 Cent) has sold more than 20 million records worldwide. His debut album, Get Rich or Die Tryin’, was the largest debut in SoundScan history. He also manages a broad business empire and serves on the board of G-Unity Foundation, a nonprofit organization serving low-income youth. His previous bestsellers include his autobiography, From Pieces to Weight, and the motivational guide The 50th Law. He is also the author of Playground, an antibullying book for young adults. 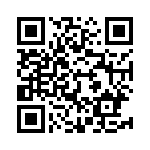