Born in 1939 and educated on a kibbutz, and at the Hebrew University, the Sorbonne, and Cambridge,Aharon Shabtai is the author of sixteen books of poetry and the greatest contemporary translator into Hebrew of Greek drama. Peter Cole's previous books of poems include Things on Which I've Stumbled (New Directions). Among his volumes of translation are The Poetry of Kabbalah: Mystical Verse from the Jewish Tradition and The Dream of the Poem: Hebrew Poetry from Muslim and Christian Spain, 950-1492 . Cole, who divides his time between Jerusalem and New Haven, was named a MacArthur Fellow in 2007. 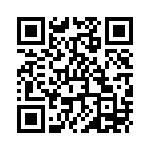