Margaret "Peggy" Hodges (July 26, 1911-December 13, 2005) was a Caldecott Award-winning American writer of books for children.She was born Sarah Margaret Moore in Indianapolis, Indiana to Arthur Carlisle and Annie Marie Moore. She enrolled at Tudor Hall, a college preparatory school for girls. A 1932 graduate of Vassar College, she arrived in Pittsburgh with her husband Fletcher Hodges Jr. when in 1937 he became curator at the Stephen Foster Memorial. She trained as a librarian at Carnegie Institute of Technology, now Carnegie Mellon University, under Elizabeth Nesbitt, and she volunteered as a storyteller at the Carnegie Library of Pittsburgh. Beginning in 1958 with One Little Drum, she wrote and published more than 40 books. In the 1960s she did a storytelling segment for Fred Rogers' children's television show at WQED.Her 1985 book Saint George and the Dragon, illustrated by Trina Schart Hyman, won the Caldecott Medal of the American Library Association. What's for Lunch, Charley? and Merlin and the Making of the King are two of her other well-known works.She was a professor of library science at the University of Pittsburgh, where she retired in 1976.Hodges died of heart disease December 13, 2005 at her home in Oakmont, Pennsylvania. She suffered from Parkinson's disease.She wrote her stories on a notepad or a typewriter. "I need good ideas, and they don't come out of machines," she once said. 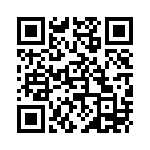