This book is utter rubbish. A short history of such a long period and large, complex region is no doubt a hard thing to write. But the difficulty should be in trying to craft something clear, readable ... Read full review

This is an ambitious effort. The book tries to summarize relations between the Muslim world and Western civilization from the very beginning to right now. As an overview of Middle Eastern history, it ... Read full review

T. C. F. Hopkins has studied history for more than forty years and has a special interest in cultural anthropology as well as military history. The pseudonym for a famous and beloved author of dozens of fantasy, horror, and young adult novels, she has been nominated for the Edgar Award, the World Fantasy Award, and the Bram Stoker Award. 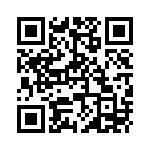