The late James Stewart received his M.S. from Stanford University and his Ph.D. from the University of Toronto. He conducted research at the University of London and was influenced by the famous mathematician George Polya at Stanford University. Dr. Stewart most recently served as a professor of mathematics at McMaster University, and his research focused on harmonic analysis. Dr. Stewart authored a best-selling calculus textbook series, including CALCULUS, CALCULUS: EARLY TRANSCENDENTALS and CALCULUS: CONCEPTS AND CONTEXTS as well as a series of successful precalculus texts. 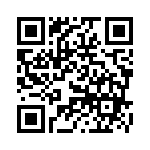