Timothy Beatley is Teresa Heinz Professor of Sustainable Communities and Chair of the Department of Urban and Environmental Planning at the University of Virginia. 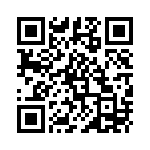