Playing the race card: melodramas of Black and white from Uncle Tom to O. J. Simpson

Williams (film studies, Univ. of California, Berkeley Hard Core) attempts to understand the racial sympathies and hostilities that surfaced during the "trials in black and white" (i.e., the police ... Read full review

Linda Williams is Professor of Film Studies and Rhetoric and Director of the Program in Film Studies and of the Center for New Media at the University of California, Berkeley. Her books include Playing the Race Card: Melodramas of Black and White from Uncle Tom to O. J. Simpson; Hard Core: Power, Pleasure, and the ???Frenzy of the Visible???; and Viewing Positions: Ways of Seeing Film. 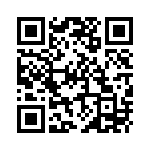