Carlos A. Picˇn is curator in charge and Seßn Hemingway is curator, both in the Greek and Roman Art Department at The Metropolitan Museum of Art. 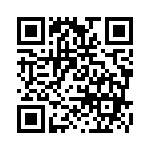