HAVE FOUND MY GRANDFATHER HE WAS TANK COMMANDER IN RED ARMY.MAKES YOU SO PROUD THAT YOUR GRANDPARENTS WON THE GREATEST WAR!!!

After getting out of the service in 1970, I have been a student of World War II for the last 40 years. I have read numerous texts on the subject, taking courses on World war II at local colleges and universities. While other were collecting baseball cards, and other novelities, I was collecting names of the military leaders of various nations that fought in World War II. I wanted to know more about the men that commanded the military forces in the war, thus the series of books I am writing. Also, I have a minor in history from college and have taught 9th Grade to 12th Garde Social Studies in High School in New York State. This is the sixth book in the series, and the second half of Volume V covering the Union of Social Socialist Repubic. My five previous books have also been published by Trafford. I plan on covering all the nations who were involved in World War II. Some personal information about myself; my name is Charles D. “Chuck” Pettibone. I was born in Buffalo, New York, and now reside in Rochester, New York with my spouse of 37 years. I am a retired special education teacher, special education administrator from Monroe #1 BOCES, and a former “ad hoc” instructor in special education from St. John Fisher College in Rochester, New York. Where I taught courses in Diversity in the Classroom and Classroom Management. I have one child who is also a teacher of Earth, Life, and Physical Science for the Rochester City School Dsitrict. I am a student of history, especially World War II. I served in the United States Army, from 1967 to 1970. I am a person with many interests; camping, the outdoors, astronomy, history, the environment, scouts, and teaching are just a few. 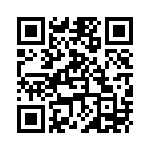