Sally Gregory Kohlstedt directs the Program in History of Science and Technology at the University of Minnesota.nbsp; Her teaching and research focus primarily on the history of science in American culture, with particular attention to museums, public education, and women and gender issues in science. In 2009 she edited, with Maria Rentetzi, Gender and Networking in Twentieth-Century Physical Sciences, as special issue of Centaurus.nbsp; Current projects involve analysis of the use of texts in the object-rich subject of nature study, an account of the Smithsonian Institution, national identity, and the American West in the late nineteenth century, and an Isis reader. 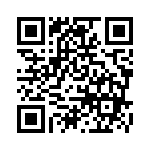