THE SUPERMEN: The Story of Seymour Cray and the Technical Wizards Behind the Supercomputer

The name Cray is to the computer world what Ferrari is to the automotive world: a synonym for sheer speed and engineering bravado. Here's the story of the man behind the name, from Murray, a senior ... Read full review

The supermen: the story of Seymour Cray and the technical wizards behind the supercomputer

Though it strives to tell an exciting, fast-paced story of the development of the supercomputer--as Tracy Kidder's Soul of a New Machine (Avon, 1982) did so well with the minicomputer--this work falls ... Read full review 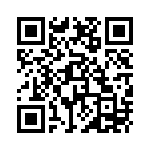