Page 22
Among the seeds procured from this source were 132 packets for the use of the
staff in several Canadian universities and 97 for the National Research Council
at Ottawa. Increasing interest in ragweed as a major provocative of hay fever is ...
Page 119
MARKETING OF FARM PRODUCE IN THE CITY OF OTTAWA o: A final report on
this project has been completed. ... shows the total value of local produce as well
- as the value of produce grown in other areas which is consumed in Ottawa.
Page 73
Anne de la Pocatiere, Que., a cereal barn at Lennoxville, Que., farm cottages at
Cap Rouge and Normandin, Que., Ottawa and Delhi, Ont., and Lethbridge, Alta.,
as well as garages, repair shops, utility buildings etc., at several other stations. 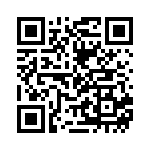