Alejo Carpentier was director of Cuba's National Press, which published many millions of volumes in an ambitious program, and for some years was Cuba's ambassador to France. A composer and musicologist, he consciously applied the principles of musical composition in much of his work. Imprisoned for political activity in 1928, he escaped with the aid of Robert Desnos, a French surrealist poet, to Paris, where he joined the literary circle of surrealists Louis Aragon, Tristan Tzara, and Paul Eluard. According to Carpentier surrealism influenced his style and helped him to see "aspects of American life he had not previously seen, in their telluric, epic, and poetic contexts." Carpentier articulated a theory of marvelous reality, "lo real maravilloso," with an almost surrealistic sense of the relationship among unrelated, or antithetical, elements, often from distinct ethnic and cultural backgrounds. The Lost Steps (1953) takes the form of a diary of a Cuban musician and intellectual who seeks escape from civilization during his trip to a remote Amazon village in search of native musical instruments. The short stories "The Road to Santiago," "Journey to the Seed," and "Similar to Night," present time as subjective rather than historical, and capable of remarkable personal variations. In his novel The Pursuit, printed in The War of Time (1958), whose title is an allusion to a line from Lope de Vega defining a man as "a soldier in the war of time, presents time similarly. "The Kingdom of This World (1949) deals with the period of Henri Christophe and the slave revolts in Haiti. Its circular structure presents the inevitable recurrence of tyranny and the need for eternal struggle against it. Reasons of State (1976), is another notable addition to the gallery of Latin American fictional portraits of dictators. It uses Carpentier's love for baroque style and parody to raise complex questions about the nature of revolution. 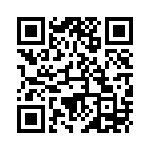