Kent Norman is Associate Professor of Psychology and Director of the Laboratory for Automation Psychology and Decision Processes at the University of Maryland, College Park. He is a founding member of the Human-Computer Interaction Laboratory in the College of Information Studies. He is the author or coauthor of more than eighty journal articles and book chapters, and his research has been funded by organizations such as the United States Census Bureau and the National Science Foundation. He developed HyperCourseware(TM), a web-based prototype, and coauthored the Questionnaire for User Interaction Satisfaction (QUIS(TM)), a tool to assess users' subjective satisfaction with specific aspects of the human-computer interface. 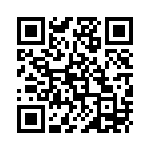