The Honorable Theodore d'Mar Shimun was born in 1906 in Qudshanis, Turkey. The eldest of twelve children born to parents Rab Khaila David d'Mar Shimun and Lady Esther, he was the elder brother of Mar Eshai Shimun, XXIII

Catholicos Patriarch. Along side his brother he received theological and liturgical education. Coupled with his education in the middle east he also attended the prestigious Royal Military Academy at Sandhurst in England, as a young man. The Honorable Theodore was a subject matter expert on the Church of the East, Assyrian geopolitical history, and a recognized authority whose depth of knowledge can never be matched. He played a crucial role in Assyrian history in the early and mid-twentieth century, not only as an eyewitness, but in many cases as an active participant. His attention to detail and unrelenting commitment for the truth distinguish him as a man of character In 1991 he created an oral history that resulted in printing his spoken words into a manuscript in the modern Syriac language called Tasheeta D'Yubla det Pateryarchi d'beth Mar Shimun or The History of the Succession of the d'Mar Shimun Patriarchs.The popularity of the modern Syriac version spawned one to be translated and printed in Arabic. Finally, this work represents the last phase in translating it to English. The significance of such historical contents cannot be underscored enough because this is seminal work that fi nally sets the record straight. 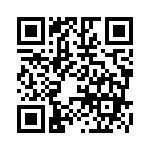