This is a big book – 720 pages of tight type - covering all of Central and Eastern Europe from the Roman times to the present. It’s not a satisfying book. Most of the book is not original with the ... Read full review 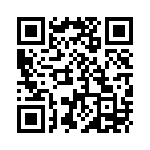