This is a great book but it deals specifically with married women. There is one page (xv in Preface) which says "Single women functioned on a legal par with men in property rights (although they did not enjoyed political rights associated with property ownership in early American society." Read full review

Marylynn Salmon is coauthor of "Inheritance and the Evolution of Capitalism and the Family in America. 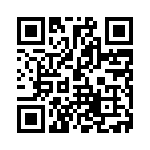