Jeffrey Crelinsten is an award-winning science writer and historian and president of The Impact Group, a private communications and research firm specializing in science and technology policy, communications, and education. He has written radio and film documentaries on Einstein and his theory of relativity for the Canadian Broadcasting Corporation (CBC), National Public Radio, and the National Film Board of Canada. His two-hour radio biography of Einstein, prepared for Einstein's 1979 centenary, was re-broadcast by the CBC in June, 2005. He lives in Toronto, Canada. 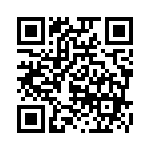