Rob Stark is now married and has taken the title of King of the north. He is still facing his enemies though in the courts and on the battle fields. As he moves across country he is looking to build ... Read full review

The last three (published) novels from A Song of Fire and Ice series take us through seasons four and five and some of season six of the television series Game of Thrones. Whereas the first two novels ... Read full review 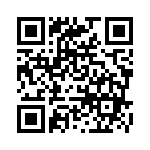