Stross trowels on just enough mortar - much of it in the clunky form of offset, bolded exposition - to make a more or less coherent generational tale out of the original short stories. You're surfing ... Read full review

At its best, this book is a wonderfully imaginative "what if?" that takes the ideas of posthumanists/accelerationists/singularitarians seriously enough to think through how unappealing their future ... Read full review

Charles Stross is a full-time science fiction writer and resident of Edinburgh, Scotland. The author of seven Hugo-nominated novels and winner of three Hugo awards for best novella, two of which are part of the Laundry Files series, Stross's works have been translated into over twelve languages. As the owner of degrees in pharmacy and computer science, he graduated as the world's only academically qualified cyberpunk writer just as cyberpunk died. Today he describes his job as telling lies for money and tormenting his imaginary friends. Follow his blog at http://www.accelerando.org/ and his Twitter feed at @cstross. 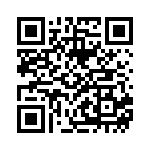