Richard Hunter is Regius Professor of Greek in the University of Cambridge and a Fellow of Trinity College. His most recent books include Plato and the Traditions of Ancient Literature: The Silent Stream (Cambridge, 2012), Hesiodic Voices: Studies in the Ancient Reception of Hesiod's Works and Days (Cambridge, 2014) and Apollonius of Rhodes: Argonautica Book IV (Cambridge, 2015).

Anna Uhlig is Assistant Professor of Classics at the University of California, Davis. She has published on Greek lyric and dramatic poetry of the Archaic and Classical periods, and is completing a study of Pindar and Aeschylus. 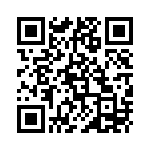