I had never fully understood the word "biogeography" until reading Quammen's Song of the Dodo. According to Quammen on page 17 of Dodo, "Biogeography is the study of the facts and the patterns of ... Read full review

THE SONG OF THE DODO: Island Biogeography in an Age of Extinctions

Everything you might want to know about life and death on islands here, there, and everywhere on the globe can be found in Quammen's study of island biogeography. The National Magazine Award-winning ... Read full review

Writer David Quammen grew up in Cincinnati, Ohio and was later educated at both Yale and Oxford Universities. Quammen began his career by writing for The Christian Science Monitor, the National Center for Appropriate Technology, and Audubon, Esquire, Rolling Stone, and Harpers Magazines. He wrote the novels The Soul of Viktor Tronko and The Song of the Dodo: Island Biogeography in an Age of Extinctions, which won the 1997 New York Public Library Helen Bernstein Award for Excellence in Journalism. He also received two National Magazine Awards for his column "Natural Acts" in Outside magazine. 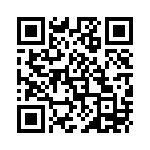