(5/12/14-12/12/14) This is an excellent, detailed and exciting narrative covering the events leading up to and during the almost simultaneous fall of communism in 1989 in the six central and east ... Read full review

This book details what happened in the Warsaw Pact states in 1989: Poland, East Germany, Czechoslovakia, Hungary, Romania and Bugaria. Each chapter is a short summary of a specific event in a location ... Read full review

Victor Sebestyen was born in Budapest. He was an infant when his family left Hungary as refugees. As a journalist, he has worked on numerous British newspapers. He reported widely from Eastern Europe when Communism collapsed in 1989. At the London Evening Standard he was foreign editor, media editor and chief leader writer. His first book, TWELVE DAYS, was highly acclaimed. 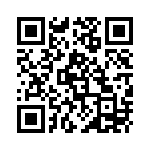