Ambassador Stuart E. Eizenstat has held senior U.S. government positions in three presidential administrations, from the White House to the State Department, from U.S. Ambassador to the European Union to the Deputy Secretary of the Treasury. At the same time, he has been a leader in the Jewish community, having led American and international Jewish groups and institutions, and received numerous awards from Jewish organizations and academic institutions. He is the author of Imperfect Justice: Looted Assets, Slave Labor and the Unfinished Business of World War II. 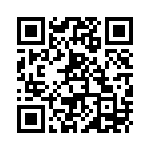