Michael Kaschke received his Ph.D. and Dr. sc. nat. degrees both from the University of Jena in 1986 and 1988, respectively, for his research in the field of ultra-short light pulses and spectroscopy. Before joining Carl Zeiss, he was a research scientist at the Max-Born-Institute Berlin, Max-Planck-Institute Gottingen, and invited visiting scholar at IBM Research Center Yorktown Heights, N.Y., working on high-power fs-laser pulses and their matter interaction. He is also a professor for medical technology at the Karlsruhe Institute of Technology, Germany. Michael Kaschke is President and CEO of the Carl Zeiss AG, a technology leader in optics, optoelectronic, and medical technology headquartered in Oberkochen, Germany. He joined Carl Zeiss in 1992 and has held since then several research and management positions in the company predominantly in the medical business.
Karl-Heinz Donnerhacke received his Ph.D. degree from the University of Jena, Germany, in 1976 for his research in the field of high power gas lasers. He spent over 25 years of his career working at Carl Zeiss in laser development and laser application in medicine. During this time, he also joined the University of Jena and the Physical-Technical Institute of the Academy of Sciences as a research scientist. Until his retirement he was Director of R&D in the Ophthalmic Instruments Division of Carl Zeiss for more than 15 years and later Director of R&D for Ophthalmic Diagnostic Instruments at Carl Zeiss Meditec AG. Since 2003, Dr. Donnerhacke has been adjunct professor for ophthalmic technology at the Ernst Abbe University of Applied Sciences Jena, Germany and the Technical University Ilmenau, Germany. Currently, he is also a technical consultant in the field of ophthalmic devices.
Michael Stefan Rill received his Ph.D. degree from the Institute of Applied Physics at the Karlsruhe Institute of Technology, Germany, in 2010 for his research in the field of 3D photonic metamaterials. He subsequently worked as a sales manager at Nanoscribe GmbH in Eggenstein-Leopoldshafen, Germany, and as a scientific assistant to the CEO at Carl Zeiss in Oberkochen, Germany. As of 2013, Dr. Rill holds a position as product manager for cataract surgery systems at Carl Zeiss in Jena, Germany. 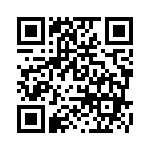