36 pages matching Birmingham in this book

I was very disappointed by this book. As this is considered a classic, I expected a better argument from Cone. However, I cannot in any agree with his thesis that these two leaders generally came ... Read full review

A leading African American theologian and an advocate of black theology, James H. Cone was born in Fordyce, Arkansas. Cone came of age during the civil rights movement and he was drawn to the black power movement that gained prominence in the late 1960s. Rejecting the nonviolence of Martin Luther King, Jr., Cone moved to join theology with the militant, separatist vision of Malcolm X, with its espousal of forceful societal change to achieve racial equality. Cone's book Black Theology and Black Power (1969) eloquently equated black power with the political and spiritual liberation of black Americans. In it, he equated blackness as symbolic of oppression and whiteness as symbolic of the oppressors. Cone continued his teachings of what soon became known as "black theology" in a second book, A Black Theology of Liberation (1971), which strongly condemned racism and oppression. During the 1970s, Cone became a force in the development of liberation theologies in Third World countries. Beginning in 1976, he became an important figure in the Ecumenical Association of Third World Theologians. Cone's association with liberation theologies also broadened and transformed his vision of Christian theology. In Crosscurrents, published in 1977, he strongly articulated the view that Christian theology must move beyond reaction to white racism in America. Cone joined the faculty of Union Theological Seminary in 1969 and was appointed to the distinguished Charles A. Biggs chair of systematic theology in 1977. 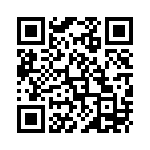