John Beck is professor of percussion at the Eastman School of Music, where he has taught since 1959. He has conducted the school's percussion ensemble since 1962. Articles by Beck have been published in Music Journal, The Instrumentalist, Woodwind World, Brass and Percussion, and Percussive Notes; he was also percussion columnist for the National Association of College Wind and Percussion Instructors (NACWPI) Journal (1965-72). His compositions have been published by Carl Fischer, Boston Music, Kendor Music, Meredith Music, MCA, Wimbledon Music, Inc., Studio 4 Productions, and CPP/Belwin. He has served as state chairman for percussion, New York State School Music Association (NYSSMA, 1970-72); president of the New York State Percussive Arts Society (1976-82); national second vice president (1982-84), first vice president (1984-86), and president of the national Percussive Arts Society (1987-90).
Among the honors Beck has received include being named the Mu Phi Epsilon Musician of the Year (1976); Eastman's Eisenhart Award for Excellence in Teaching (1997); and the Arts and Cultural Council of Greater Rochester Award for contributions to the arts (1999). He was inducted into the Percussive Arts Society Hall of Fame in 1999. 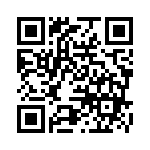