Norman Kingsley Mailer was born on January 31, 1923 in Long Branch, N. J. and then moved with his family to Brooklyn, N. Y. Mailer later attended Harvard University and graduated with a degree in aeronautical engineering. Mailer served in the Army during World War II, and later wrote, directed, and acted in motion pictures. He was also a co-founder of the Village Voice and edited Disssent for nine years. Mailer has written several books including: The Armies of the Night, which won the National Book Award, the Pulitzer Prize, and a Polk Award; and The Executioner's Song, which won the Pulitzer Prize. In 2005, he won the Medal for Distinguished Contribution to American Letters from the National Book Foundation. He published his last novel, The Castle in the Forest, in 2007. He died of acute renal failure on November 10, 2007. 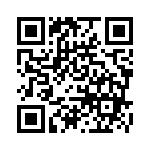