Agatha Christie (1890-1976) was an English crime novelist, short-story writer, and playwright. She is best known for her sixty-six detective novels and fourteen short-story collections, particularly those revolving around her fictional detectives Hercule Poirot and Miss Marple. She also wrote the world's longest-running play, the murder mystery The Mousetrap, and six romances under the name Mary Westmacott. In 1971, she was elevated to Dame Commander of the Order of the British Empire (DBE) for her contribution to literature. 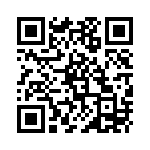