Douglas Carl Abrams is a professor of history at Bob Jones University. He is author of Conservative Constraints: North Carolina and the New Deal. 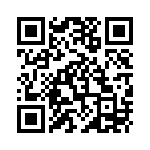