Stefan Helgesson is Professor of English at Stockholm University. He is the author of Writing in Crisis: Ethics and History in Gordimer, Ndebele and Coetzee (2004) and Transnationalism in Southern African Literature (2009), and the editor of Literary History: Towards a Global Perspective, vol. 4 (2006).

Pieter Vermeulen is Assistant Professor of American Literature at the University of Leuven, Belgium. He is the author of Romanticism after the Holocaust (2010) and Contemporary Literature and the End of the Novel: Creature, Affect, Form (2015). 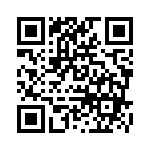