This is a straightforward discussion between two leading and revolutionary writers who are passionate about both causes and writing. The book is just as smart, intriguing, passionate, and provocative ... Read full review

James Baldwin was born on August 2, 1924, in New York. Baldwin's father was a pastor who subjected his children to poverty, abuse, and religious fanaticism. As a result, many of Baldwin's recurring themes, such as alienation and rejection, are attributable to his upbringing. Living the life of a starving artist, Baldwin went through numerous jobs, including dishwasher, office boy, factory worker, and waiter. In 1948, he moved to France, where much work originated. Baldwin published Go Tell It on the Mountain in 1953. A largely autobiographical work, it tells of the religious awakening of a fourteen-year-old. In addition to his childhood experiences, his experiences as a black man and a homosexual provided inspiration for such works as Giovanni's Room, Nobody Knows My Name, and Another Country. Baldwin holds a distinguished place in American history as one of the foremost writers of both black and gay literature. He was an active participant in the Civil Rights movement. Baldwin succumbed to cancer on December 1, 1987.

Nikki Giovanni is one of the most prominent black poets of her generation. Born on June 7, 1943, in Knoxville, Tenn., she graduated from Fisk University and later studied at Columbia University. Giovanni creates strongly written poems to convey messages of love, frustration, alienation, and the black experience. She gained national fame with the publication of Black Feeling, Black Talk, Black Judgement in 1970. Full of the spirit of the black community during this era, her works captured the anger and frustration of many of its members. Giovanni has been the recipient of grants from both the National Endowment for the Arts and the Ford Foundation. She has taught English at Rutgers University, Ohio State University, and Queens College and has given frequent poetry readings. She is also known for several sound recordings of her poetry, including Truth Is On Its Way. She has also been a Professor of English at the Virginia Polytechnic Institute and State University. 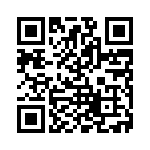