This is a really good book in one page it talks about how poop is produced just warning. I recommend this book to however wants to read it. I recently read it. It is for all ages. I am 28 and I read it as well as my 11 year old daughter.

Norman Youngblood is Assistant Professor in the College of Mass Communications at Texas Tech University, and has written on public relations aspects of the International Campaign to Ban Landmines. His research areas include the history of technology and communication about technology. 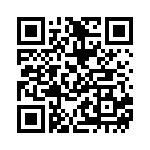