This is a thorough framework for understanding the hundreds of thousands of inscriptions found from antiquity. Naming and abbreviation conventions are explored it a way easily accessible for anyone.
I wish I had found this book before touring the Forum in Rome. Oh well, I guess I'll go back now.
Eric
annoiatoregazzoneoclassico.blogspot.com

Dr Lawrence Keppie is Senior Curator (Archaeology and History) at the Hunterian Museum in Glasgow, Honorary lecturer in Classics at the University in Glasgow, and President of the Glasgow Archaeological Society. He has excavated extensively on the Antonine Wall and at other Roman sites in Scotland. Among his publications is the acclaimed Making of the Roman Army: from Republic to Empire (Batsford 1984). 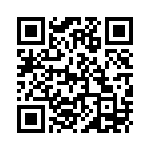