Once you read The Moor's Account you can understand why it was short-listed for a Pulitzer. This historical fiction novel of the Narvaez expedition to La Florida is a compelling read. As I read each ... Read full review

I have mixed feelings about The Moor’s Account by Laila Lalami, on the one hand it was a fascinating story presented as the memoirs of a black Moroccan slave who accompanied his master on the 1527 ... Read full review

Laila Lalami was born and raised in Morocco. She is the author of the short story collection Hope and Other Dangerous Pursuits, which was a finalist for the Oregon Book Award, and the novel Secret Son, which was on the Orange Prize long list. Her essays and opinion pieces have appeared in the Los Angeles Times, The Washington Post, The Nation, The Guardian, and The New York Times, and in many anthologies. She is the recipient of a British Council Fellowship and is an associate professor of creative writing at the University of California at Riverside. She lives in Los Angeles. 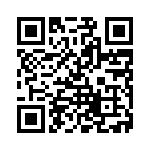