Nadia Magnenat-Thalmann has pioneered research into virtual humans over the last thirty years. Recently, she revolutionized robotics with her social robot, Nadine, who shows emotions and memory processes. She has received more than thirty awards and, besides directing her research group MIRALab at the University of Geneva, is presently Visiting Professor and Director of the Institute for Media Innovation (IMI) at Nanyang Technological University (NTU), Singapore.

Alessandro Vinciarelli is Senior Lecturer (Associate Professor) of the School of Computing Science and Associate Academic of the Institute of Neuroscience and Psychology at the University of Glasgow. He has published more than 100 scientific works, has been principal or co-principal investigator on fifteen national and international projects, including the European Network of Excellence on Social Signal Processing. Vinciarelli has organized more than twenty-five scientific events and has co-funded a webcasting company, Klewel. 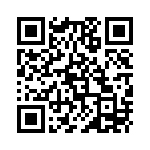