Charles Blackorby is Professor of Economics at the University of Warwick. He is a co-author of Duality, Separability and Functional Structure and has published articles in social choice theory and welfare economics. Profssor Blackorby is a Fellow of the Econometric Society and has received awards for his research. His current research interests are social-choice theory, population ethics, welfare economics and optimal taxation issues in public economics.

Walter Bossert is Professor of Economics and CIREQ Research Fellow at the Université de Montréal, Canada. He has published articles on social choice theory, bargaining theory and cooperative game theory. Professor Bossert's current research interests are the theory of individual and collective choice, population ethics, bargaining theory and cooperative game theory. He is a member of the editorial board of Social Choice and Welfare.

David Donaldson is Professor Emeritus of Economics at the University of British Columbia. He has received awards for teaching and research and has published articles in social choice theory and welfare economics. Professor Donaldson's current research interests include social choice theory, population ethics and interpersonal comparisons of well-being using equivalence scales in welfare economics. 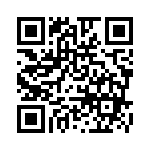