Gorazd Meško, Ph.D., is Professor of Criminology and Dean in the Faculty of Criminal Justice and Security, University of Maribor, Slovenia. He has been a visiting scholar at the University of Cambridge (1995, 2011-2013) and Oxford (1996, 1999), as well as a visiting professor at Grand Valley State University, Michigan, USA (2000). He conducted a post-doctoral research (OSI-HESP) on crime prevention at the Institute of Criminology, University of Cambridge, UK in 2001. In addition, Gorazd Meško is a member of the scientific board of the International PhD in Criminology at the Catholic University in Milan, Italy. He also serves as the editor in chief of the Journal of Criminal Investigation and Criminology (orig. Revija za kriminalistiko in kriminologijo) and a member of the editorial board of the Policing – An International Journal of Police Strategies and Management. His research fields are crime prevention and provision of safety/security, policing, comparative criminology, fear of crime, and crimes against the environment.

Charles B. Fields, Ph.D., is Professor of Criminal Justice and Police Studies in the College of Justice and Safety at Eastern Kentucky University, Kentucky, USA. He has a B.A. (1980) and M.A. (1981) in Political Science from Appalachian State University, and a Ph.D. in Criminal Justice Theory (1984) from Sam Houston State University, USA. He has taught for the past 28 years at several universities in the United States, and was Department Chair of Criminal Justice at the California State University, San Bernardino, and Corrections and Juvenile Justice Studies at Eastern Kentucky University. He has been a visiting lecturer at several institutions in Finland. He is a member of numerous regional, national, and international professional associations and has published 11 edited books and Technical Reports, over 30 scholarly articles, chapters, encyclopaedia entries, and reviews, and presented at over 30 academic conferences. Current research interests include The “Terza Scuola” (Third School) of the Italian Criminologists: 1880–1910, Drugs and International Drug Policy, and Comparative Justice Systems.

Branko Lobnikar, PhD, is Associate Professor of Police Management and Police Administration and Head of the Security Studies Department at the Faculty of Criminal Justice and Security, University of Maribor, Slovenia. As former police officer and police supervisor he serves as OSCE international expert in Kyrgyz Republic on community policing , was a member of management board of European Diploma in Policing, an international project of senior police managers training, a short time expert of Council of Europe in Albania and Turkey in area of maintaining police corruption and short time expert of DCAF (Swiss) on motivation and maintaining discipline at the workplace for police managers of border police from area of West Balkans in Macedonia. His areas of expertise comprise policing, human resource management, and deviant behavior within organizations. He has authored several papers on community policing and police deviance management. Currently, he is involved in the study of police integrity.

Andrej Sotlar, Ph.D., is Assistant Professor and Vice dean in the Faculty of Criminal Justice and Security, University of Maribor, Slovenia. He has a B.A. (1993), M.A. (2000) and Ph.D. (2007) in Defence science from University of Ljubljana, Slovenia. He serves as the co-editor in chief of the Journal of Criminal Justice and Security (orig. Varstvoslovje) and a member of the editorial boards of several other journals. His research interests include national security, security policy, plural policing and private security. 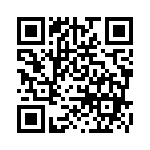