We (Azande) need our territory that was divided by the colonialist.

E. E. Evans-Pritchard, a British anthropologist, was the leader of the fieldwork-based social anthropology that flourished in the United Kingdom in the years following World War II. He believed that anthropological knowledge is based on detailed ethnographic and historical research. His studies of three African societies-the Azande, the Sanusi, and the Nuer-provided the basis for much of his theoretical work. Evans-Pritchard research on the Nuer religion was the first scholarly study to present the religious beliefs of a preliterate people as having a theological significance comparable to the religious thought of more complex societies. 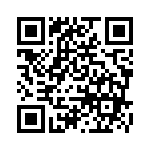